This section describes three cases in which the assessment by IQWiG on behalf of the G-BA was able to prove a benefit, harm or potential. The respective procedure was then either included in the catalogue of the statutory health insurance (SHI), removed from it, or recommended for a testing study.

Newborns are physically examined immediately after birth using simple tests. In the process, certain serious heart defects may go undetected and become life-threatening. Pulse oximetry is designed to identify these heart defects. It uses a light sensor attached to the newborn's foot to measure the oxygen level in the blood. Low oxygen levels may indicate a critical congenital heart defect. The exam is painless and no blood needs to be drawn. It takes only a few seconds and shows the result immediately. The question was whether the technique, in addition to standard screening, could help detect previously undetected serious heart defects, thus preventing more severe or fatal courses.

IQWiG identified six studies to answer the question as to whether pulse oximetry has a benefit as a screening test. Among them was an intervention study in which pulse oximetry was performed in addition to the established procedure and this combination was compared with the established procedure alone. Although this study provided indications of a benefit of the technique, for methodological reasons it was insufficient to clearly demonstrate benefit. Five further studies were therefore considered that investigated the test accuracy of pulse oximetry, but not its benefit or harm.

All in all, the assessment showed that on average pulse oximetry screening detects previously undetected congenital heart defects in 3 out of 10 000 newborns examined. While there are also false-positive findings, most of these cases are due to other health problems detected in this way.

Based on these results, IQWiG concluded that the data provided hints of a benefit of pulse oximetry screening, so that the G-BA decided that pulse oximetry should be included as an additional examination in the screening of newborns and that the costs should be covered by the SHI.

Since the mid-2000s, this is a procedure in which stents - small tubes made of wire mesh - are used to prevent strokes in certain patients who have already suffered a stroke.

If blood vessels in the brain are narrowed or blocked, this can trigger a stroke, meaning that the area of the brain behind them is no longer supplied with oxygen and is damaged. The risk of stroke is increased in patients who previously suffered a stroke. To reduce the risk of these patients having another stroke, they are given drugs that inhibit blood clotting ("blood thinners") during follow-up care, and the narrowed vessels are often dilated with the help of a small balloon (percutaneous transluminal angioplasty, PTA). To prevent recurrence, the procedure has been extended by additionally inserting a stent as a vascular support to keep the dilated blood vessel open (percutaneous transluminal angioplasty with a stent, PTAS).

Because major doubts about the benefit of stents had arisen following study results, the G-BA commissioned IQWiG in 2014 to assess PTAS in intracranial stenosis compared with treatment with blood-thinning drugs alone or drugs plus vasodilation by balloon (PTA). Every year, about 500 patients in Germany received such a PTAS.

The comparison between drug-only treatment and the PTAS procedure with stents was clear: significantly more patients suffered a stroke in the stent group than in the drug-only group. The data also provided indications that these strokes were triggered by the insertion of the stents, as they occurred more frequently shortly after the procedure.

Thus, according to IQWiG, the data provide a hint of harm. The assessment result was not clearer because there could have been bias in the results of the study included (due to deaths and strokes the study was terminated prematurely, i.e. did not run for the prespecified period). Because the G-BA considered a quick decision important in view of the disturbing study results, IQWiG prepared a rapid report. When results from another large study were published a short time later, IQWiG immediately provided a further assessment. Here, too, PTAS was shown to be disadvantageous.

Based on the IQWiG assessments, the G-BA finally decided in 2016 to exclude stents from SHI coverage for prevention of recurrent stroke (except in few exceptional cases).

In 2017, the G-BA commissioned IQWiG to assess the potential of a procedure used for bone healing disorders of the long tubular bones (bones of the arms and legs): pulsed electromagnetic fields (PEMF).

After a fracture, is some cases bone healing is delayed or fails (pseudoarthrosis). In these cases, various approaches are used to treat the fracture, such as freshening the ends of the bone to stimulate growth, physiotherapeutic measures, and weight-bearing of the affected arm or leg. The PEMF procedure is intended to be used in addition to standard conservative treatment to increase the likelihood of healing.

For several weeks, the area of the fracture is treated daily for several hours with a device that generates pulsating electromagnetic fields, which is said to promote healing by stimulating bone cells.

The manufacturer of one of the devices, who submitted an application to the Federal Joint Committee, had listed a total of 32 studies to prove the benefits of the procedure. Among them were six RCTs, which is quite a high number for an application for the assessment of the potential of a procedure. Of these six studies, however, two were not eligible. In one study, the procedure was applied to fresh fractures; in the second study, only a variant of the procedure was used.

Thus, IQWiG's assessment was ultimately based primarily on four RCTs in which outcomes such as fracture healing, pain on exertion, and frequency of recurrent fractures were considered. The assessment showed indications of positive effects at least in the most important point - fracture healing - which is why IQWiG rated the method as having "potential". It was not possible to directly attribute a benefit to the PEMF method, as the four studies had defined bone healing partly on the basis of X-ray images alone, without checking whether the patient could actually stand on his or her leg again. Because the recording of side effects was also poor, IQWiG suggested that the question of the benefit of the PEMF technique should conclusively be answered with a new study including a relatively small number of cases (about 200 patients). Although the G-BA subsequently decided on a testing directive, the search for a research group to implement the study turned out to be unexpectedly difficult. This is particularly noteworthy, since the study costs would largely be covered by the SHI.

1. What are non-drug interventions?

2. When and how does IQWiG assess non-drug interventions?

3. What are the special challenges in the assessment of non-drug interventions?

5. International comparison: how uniformly are non-drug interventions assessed on an international level? 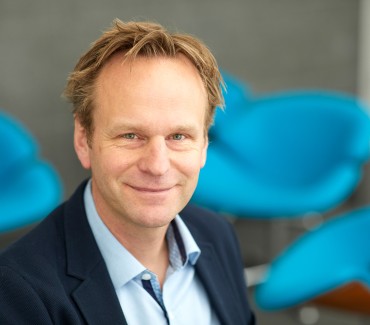 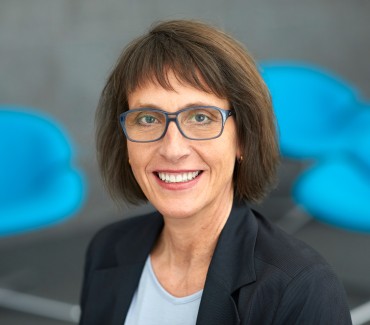